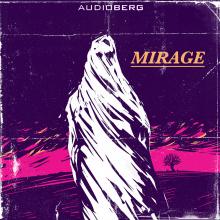 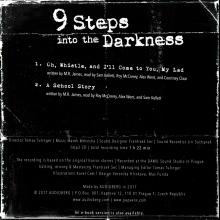 Montague Rhodes James makes his second appearance in the series in this, the seventh step into the Darkness.

James came from Kent in South East England, and was a renowned scientist focusing on medieval art, literature, and architecture.
He wrote short stories just for pleasure, and decided to publish them only after his friends persuaded him to do so. His works became a huge source of inspiration for Howard Phillips Lovecraft. His ghost stories are pretty varied, and based on the genre of Gothic novels.

The plot of Oh, Whistle, and I’ll Come to You, My Lad is unveiled when Professor Parkins finds a whistle engraved with a Latin inscription… and blows it.

The School Story, builds a mystic and fearsome atmosphere around a mysterious Byzantine coin. Once again, well-chosen voices, superb music, and original cover-graphics serve to enhance the feel of the stories.