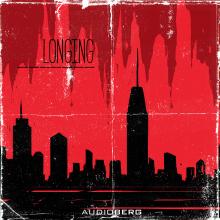 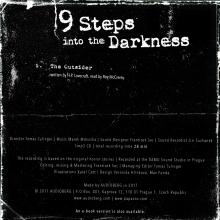 The sixth step into the Darkness is called Longing, and it features a single short story; a very distinctive one indeed. It is a relatively short masterpiece by Howard Phillips Lovecraft, the author who is a pillar of our series.

The Outsider is one of his most often published short stories, and it has proven to be very popular with both readers and listeners. Written in 1921, it was published five years later in Weird Tales magazine (April 1926).

Lovecraft himself thought that he came near to Poe’s style in this story (the first paragraphs are an echo of Berenice, by E. A. Poe, and the inspiration of, The Masque of Red Death is also pretty clear).

This short story is probably the most elaborate story by Lovecraft, with echoes of his gurus and multifaceted references. The atmosphere is emphasized by actors’ performances, music, and the graphics on the cover.