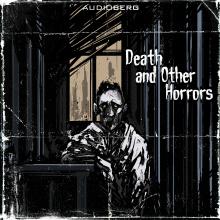 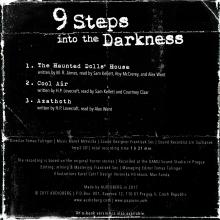 DEATH AND OTHERS HORRORS

The very first step into the Darkness is called Death and Other Horrors, and it contains three short stories.

The author of the first of these – The Haunted Dolls’ House – is Montague Rhodes James. A scientist at first, James eventually gained success writing Gothic horror stories. Cool Air, and Azathoth, by Howard Phillips Lovecraft, complete the collection.

Lovecraft was not well-known during his life, but became an influential horror-story writer after his death. It was he who proclaimed M. R. James as the “master of terror and monstrous visions”. The atmosphere of horror and mystery is underlined by excellent performances by all actors and music as well as by the original graphic design of the cover.