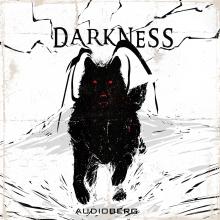 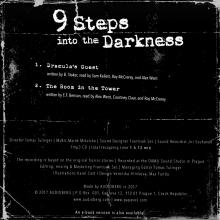 Nine steps have led us to the final stage – right into the heart of the Darkness.

Aptly enough, the iconic author from Ireland is on the doorstep; Bram Stoker – and with his Dracula to boot. Well, wait a second – not exactly, to be honest.

Dracula’s Guest is one of the stories published only after Stoker’s death, and even though Dracula is in the title, he will not make it into the story. Interestingly enough, Jonathan Harker, the actual guest – also does not appear.

This short story is actually an original introduction to Dracula. It is a slightly altered version of a chapter of the novel that was discarded during preparations for print.

The final story is The Room in the Tower, by Edward Frederic Benson. Strange, unsettling atmosphere is present right from the beginning, and it intensifies via recurrent nightmares – right up to the shocking climax of the final scene. As in all previous audiobooks, actors’ performances and music make for a perfect mix, combining to take you on the horror ride promised by the cover.